You’d easily be forgiven for thinking that the two doors hold the same energy and security rating as each other, after all, a white composite door is the same as any other isn’t it?!

North West based approved Rockdoor Installers, Howarth & Winnard were recently called out to the above property, a new build estate near Wigan after the homeowners were concerned about their safety after a house a few doors away was broken into through their back door, with the burglar achieving access in no time at all by removing the clipped in glazing cassette and climbing through the door.

Back doors are the preferred method of entry to a property for a burglar, as it’s often out of sight and away from any street lighting.
After researching the most secure back doors available, an Ultimate Jacobean Rockdoor proved the obvious choice. Not only is it strong but it also boasts an energy rating of A++ too.

How is a Rockdoor so much stronger than competitor doors?

All Rockdoors feature S-Glaze technology (Security Glazing) which is when the glass is manufactured as part of the door itself and locked in for life, rather than being clipped in by beads as an afterthought. This ensures exceptional thermal efficiency, but crucially it also means the glass can’t be forcibly removed by burglars as had happened to the neighbours.

Ultimate Rockdoors also features Carbon Fibre reinforcement which strengthens the door even further, unlike other composite doors that are cut down and consequently weakened.

So whilst you may think a composite door is just that, there is actually much more to deciding which door should be the one to protect you and your family.
To find out more about our range of quality composite doors simply download our brochure or find your local installer. 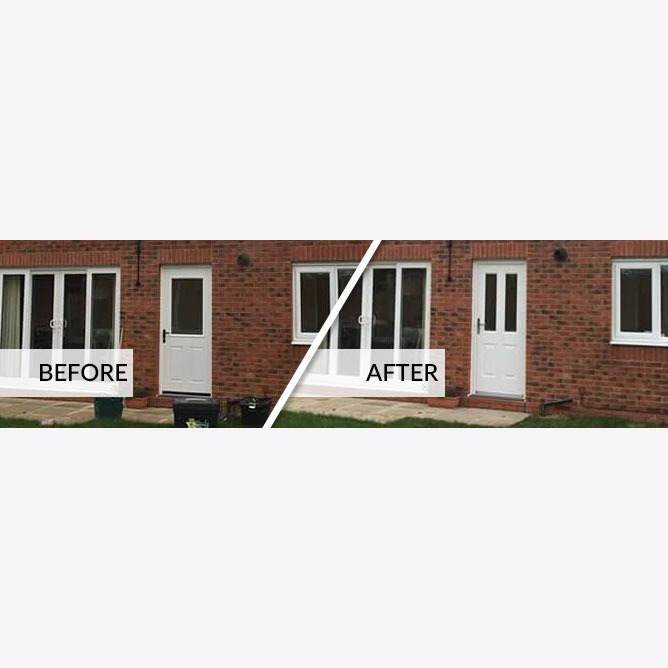